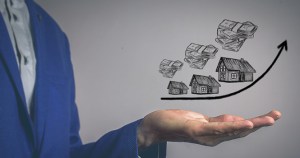 Home prices are still on an upturn, up 5.3 percent in the fourth quarter of 2017, according to the latest quarterly report by the National Association of REALTORS® (NAR).

“A majority of the country saw an upswing in buyer interest at the end of last year, which ultimately ended up putting even more strain on inventory levels and prices,” says Lawrence Yun, chief economist of NAR. “Remarkably, home prices have risen a cumulative 48 percent since 2011, yet during this same timeframe, incomes are up only 15 percent. In the West region, where very healthy labor markets are driving demand, the gap is even wider. These consistent, multi-year price gains have certainly been great news for homeowners, and especially for those who were at one time in a negative equity situation; however, the shortage of new homes being built over the past decade is really burdening local markets and making home-buying less affordable.”

“While tight supply is expected to keep home prices on an upward trajectory in most metro areas in 2018, both the uptick in mortgage rates and the impact of the new tax law on some high-cost markets could cause price growth to moderate nationally,” Yun says. “In areas where home-building has severely lagged job creation in recent years, it’s going to be a slow slog before there’s enough new construction to cool price appreciation to a pace that aligns more closely with incomes.”

Existing-home sales, including condos, rose 4.3 percent to 5.62 million in the fourth quarter, according to the report. Existing homes available for sale were down 10.3 percent year-over-year to 1.48 million at the end of the quarter, with an average supply of 3.5 months.