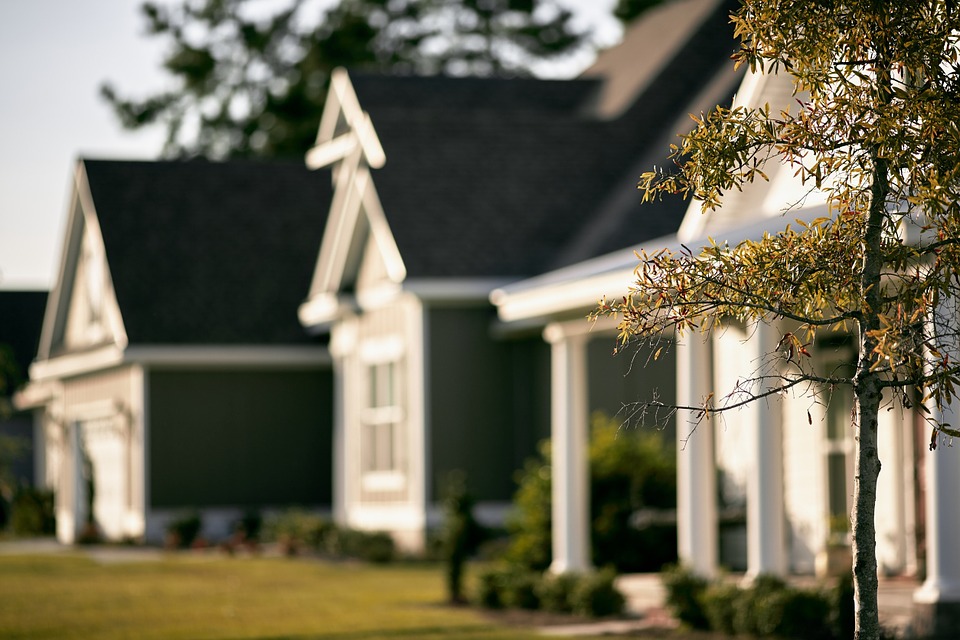 In the midst of the longest US government shutdown in history, a volatile stock market, global trade wars and Apple slashing its revenue forecasts to start the year, the question rings loud: How will the US housing market hold up in 2019?

A number of global economic sectors took a hit in 2018, while the US real estate sector only cooled in certain markets, though it did not crack. However, if housing gets a cold, banks and the financial sector get pneumonia. The global economy would surely be in trouble if the real estate market became a broad concern.

Given this potential for volatility, 2019 will be the most pivotal year in US housing and commercial real estate since the Great Recession. Here are 5 reasons why:

Opportunity Zones were created as a part of the 2017 Tax Cuts and Job Act, and they will have important ramifications on the real estate market in 2019.

Every governor in the US selected 25% of the low to moderate-income areas in each state to be the place where monies that would otherwise be paid to the IRS as capital gains taxes could instead be deferred, reduced and eliminated.

Forget Balance: How To Achieve A Work-Life Fit

Pundits have heralded this program as the most advantageous US economic development program in decades. In order to gain the maximum benefit, though, a taxpayer would have to defer his or her capital gains for seven years prior to 2026.

American families will receive their W-2s over the next few weeks and prepare their taxes before April 15th. Many do not recognize that the mortgage interest deduction that they have been used to was capped as a result about the 2017 Tax Cuts and Jobs Act.

The 2017 legislation limited the amount of mortgage interest that could be deducted, along with a host of other changes that will impact families. Many families will really only understand the impact of the tax changes as they look to file their returns over the next few months and realize that things have changed.

3. Volatility In Interest Rates (A Toss-Up)

A common measure of broader interest rates, the yield on ten-year treasuries rose 2.47% at the beginning of 2018 to 2.67% at the end of the year. However, ten-year treasury rates have dropped from a high of 3.23% in October 2018 to approximately 2.70% last week. This level of volatility is an indication of a jittery economic outlook, but with respect to housing, it can completely change the affordability of a home.

4. Slow-down In Home Price Increases In Coastal Markets (A Toss-Up)

The extreme home price increases that have occurred over the last ten years in markets like New York City and San Francisco took a breather in 2018. This is good in a certain respect, because it helps to ensure that oversupply doesn’t happen in these markets any more than it may have already occurred.

That said, consumers are counter-affordable buyers when it comes to housing: When times are good, everyone’s buying, everything’s expensive and quick to move on homes. When things cool off a bit, prices are a little better, consumers get slightly more cautious and are slower to purchase. If consumers become very slow to purchase, a highly motivated seller can drop prices in a knee-jerk reaction.

If the recent cool-down is a blip, and the recent reduction in interest rates incites consumers to make the purchase that they’ve been looking forward to, this could be very good. If, on the other hand, consumers decide to slow down en masse, there would be reason for concern. The spring selling season for new homes, which starts in earnest just after the Super Bowl (early February), will be very telling in places like California, Florida, Texas and the remainder of the Sunbelt.

In 2001, the US economy slipped into a recession following the initial burst of the tech bubble and the ramifications of Sept. 11. Housing prices, which were growing mid-single digits in the years leading up to 2001, slowed to no growth during that short recession. Home prices did not decline on a national basis.

Right now, there are multiple global and US economic sectors that are in temporary recession or correction. Oil prices have dropped from $73 per barrel to $51 since September 2018. The stock market, as measured by the S&P 500, has fallen by nearly 12% since then, too, and the valuations of technology stocks have similarly fallen during that time frame.

Conditions vary with each economic cycle, but the government shutdown and other economic sectors are already affecting real estate, setting 2019 up to become the most pivotal year the US housing market has seen in the last decade.