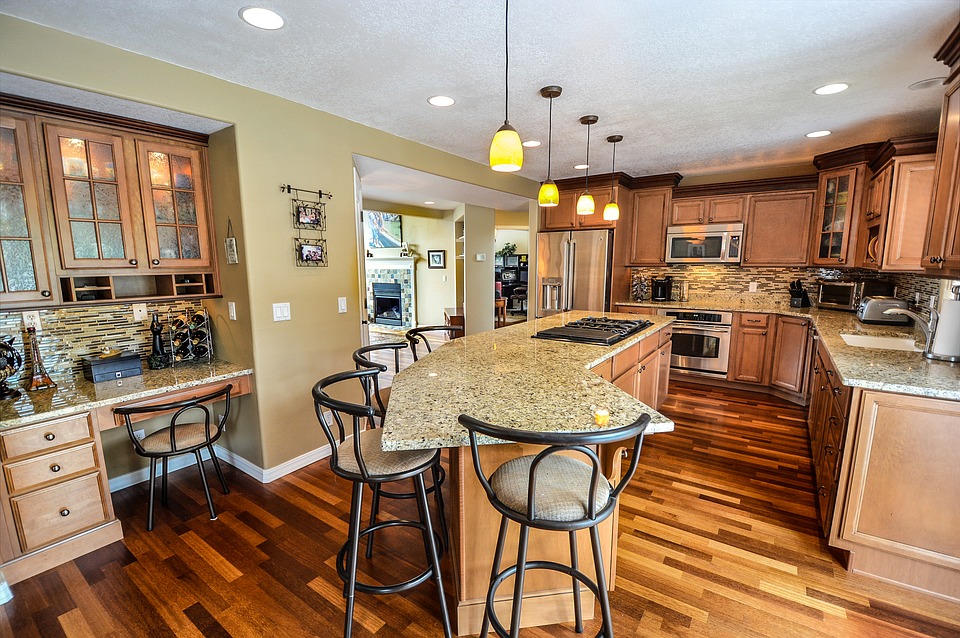 Eager to remodel your home and in need of some inspiration? You’re in luck: Remodeling magazine has just released the winners of its 16th annual Remodeling Design Awards, highlighting the best home renovations from around the world.

Sifting through 134 submitted entries of remodeling jobs completed this past year, judges selected nine winners in various categories, from kitchens to bathrooms to the whole house, also breaking down certain categories by price. Here’s a sampling of the winners and the cool design ideas that attracted accolades.

When a Colorado homeowner asked architect Brett Linscott to remodel his whole house for $1.5 million, this client’s sole guidelines were to create more interior space, use modern materials, and give it a fresh look. That creative leeway helped the place earn top honors as best whole-house remodel costing over $500,000.

“It was something that was undefined,” Linscott told Remodeling magazine. “We had fun with that.”

Outside, his team installed a metal roof with light board-and-batten siding, and painted the existing brick white to create a rural feel.

For the interior, the first floor already offered plenty of space, so the team removed and replaced the second floor. This opened up the floor plan to include a laundry room, guest bedrooms, and an expansive master bedroom. Plus, the house is flooded with light thanks to new windows.

Remodeling a smaller home on a tighter budget can present many challenges, but this 350-square-foot studio apartment in Chicago won best remodeling job under $500,000 for good reason.

The backstory: Jessica Miller and her husband wanted to transform this tiny condo into a space where they could comfortably live and work while their house was being renovated. Since the condo was a temporary residence, the couple set a tight budget of $20,000.

To stretch every dollar to the max, the couple used inexpensive materials and cabinetry. To maximize space, they built a lofted bed as well as a cool storage wall that impressed judges and prompted one to remark, “every square inch is usable space.”

The best kitchen remodel was a 1920s Mediterranean-style home in Orlando, FL.

Design firm S&W Kitchens repainted the cabinets black and white with distress marks, added a mix of brass hardware, and reoriented an old U-shaped shelf into an L shape to open up and merge the kitchen with other spaces in the house.

The remodel also converted an unused nook, which sometimes functioned as an eating area, into a wine bar complete with two under-counter coolers.

The designers took major inspiration from the farmhouse chic trend made famous by Chip and Joanna Gaines.

“This project brought a fresh approach to what is a really tiny kitchen,” said one judge.

The top bathroom remodel was awarded to a Toronto home.

The homeowner wanted to bring the outdoors in, so architect Meg Graham and her team made it work—even in the bathroom.

They added a floating privacy wall between the bedroom and bathroom to allow natural light to hit the tub. The tub is also bathed in sunlight from the skylight above, which Graham emphasized as the room’s focal point.

The rest of the bold bathroom features a wood floor, sleek white counters, and handmade pink and white Moroccan tiles.

The best historically sensitive remodel goes to this 1920s home in Brookline, MA, that was once owned by Harvard University botanist Charles Sargent. The current owners wanted to preserve the character of this historic house while also adding a few modern touches.

To start, the architects from LDa Architectures & Interiors built a structure to better hold up the roof, and added a few windows to bring in more light.

And the cherry on top? The architects were able to transform the unfinished third-floor attic into a “gentlemen’s pub” complete with the homeowner’s collection of antiques, including barber poles, an old Coke machine, and a jukebox.