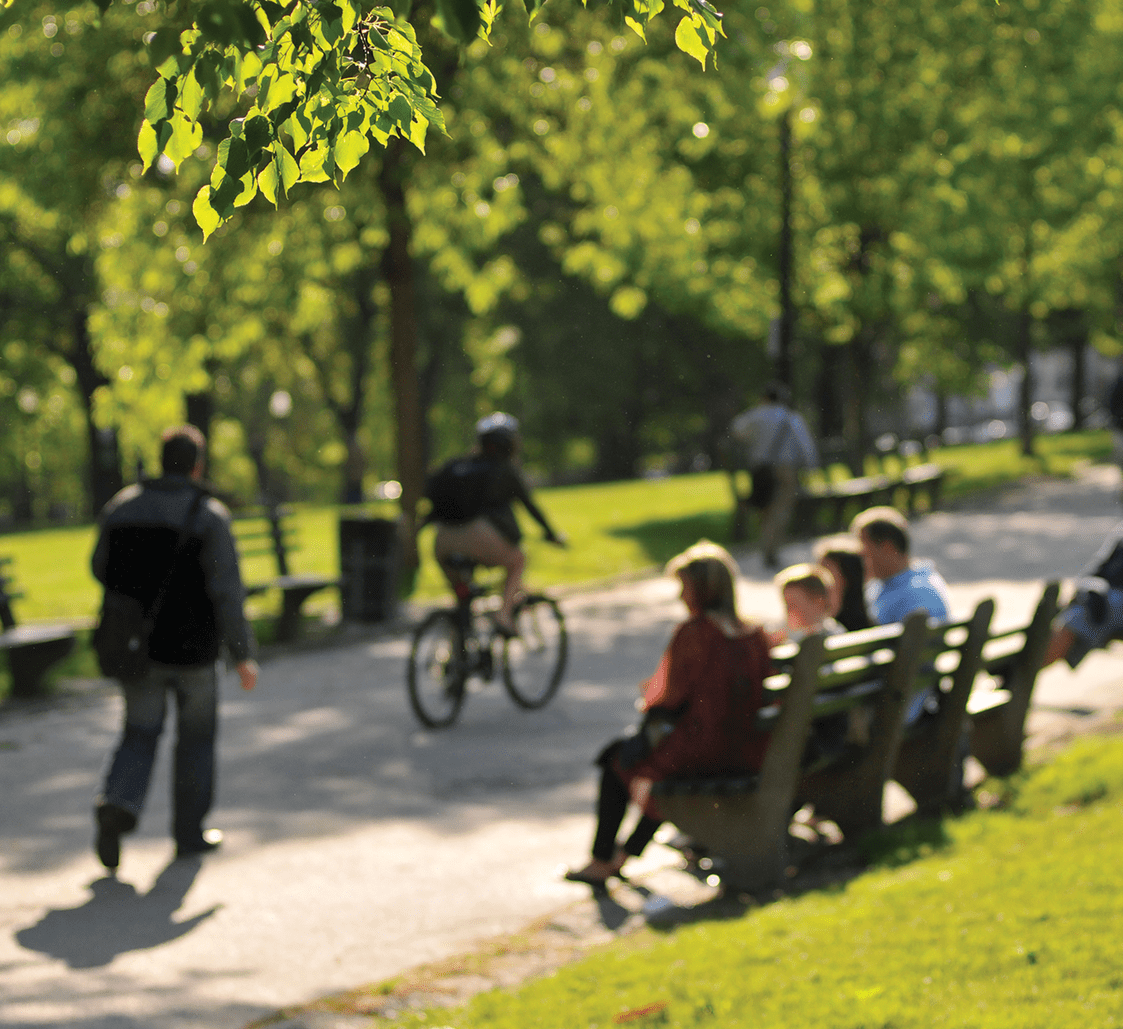 There’s no better place to start exploring Boston’s history nor beauty than at its park, the Boston Common (the Commons). From this location, visitors reap views of the Massachusetts State House’s shining golden dome as well as surrounding neighborhoods of Beacon Hill and Back Bay. From the Commons starts the Freedom Trail: a two-and-half-mile, do-it-yourself historical walking tour with sixteen sites, including the Paul Revere House, Faneuil Hall Marketplace, Old North Church, and the USS Constitution.

For those who prefer to ride through history, Boston Duck Tours is a local favorite for families and those young at heart. Part of the charm (or quirk) is that everyone quacks on these former military amphibian boats called Ducks. If you hear a quack in Back Bay or on the Charles River, it is likely from a city tour rather than two-legged waterfowl. It doesn’t get better, or more historical, than a tour of Boston by land and by sea. (Poetry buffs will appreciate the local origins of “One, if by land, and two, if by sea,” from “Paul Revere’s Ride” by Longfellow. The historic line signified a light signal from the Old North Church to the patriots as to how the British were advancing to Concord in the American Revolutionary War.)

However you get around, visitors notice that Boston is both a youthful and intellectual city. The metro area has over thirty-five colleges, universities, and community colleges including some of the best in the world: Harvard, MIT, and Tufts. But academia doesn’t stop at technological, scientific, and business innovations. Boston makes sure that the arts are front and center. The Boston Pops Symphony Orchestra and its annual Fourth of July concert and firework display at the Esplanade Park is only one of the cultural highlights. Taking a stroll through the Museum of Fine Arts or attending a concert at the Berklee School of Music Performance Center are superb sensory delights.

One of Boston’s (many) nicknames is the City of Champions, referencing its victorious pro sports teams—the Red Sox, Celtics, Bruins, and New England Patriots. With so many teams, there is always a sport in season, so do take in a game if possible. Unless you are a fan of a rival team like the New York Yankees, you’ll appreciate the loyal Boston fans and their enthusiasm as part of the experience. If tickets aren’t available, experience a game at a Boston sports bar. Some favorite watering holes are the Bleacher Bar at Fenway Park, Cask ‘n Flagon on Lansdown Street, and Banners Kitchen & Tap near North Station and the former Boston Garden.

Save Room for Food.

Start any day off with a Dunkin’ Donuts coffee. This famous coffee and donut chain launched in 1948 just south of Boston. If you fancy something a little sweet (but not a donut), head to the North End—Boston’s Little Italy. There you will find many pastry shops and bakeries that specialize in cannolis, tiramisu, and other delectable desserts. For seafood lovers, New England is a treat. From lobster rolls to clam chowder, you’ll find some of the freshest seafood on the East Coast. Beer connoisseurs: don’t skip Samuel Adams, which has its traditional lager and seasonal flavors to pair with your meal. When on vacation, calories don’t count, right? So, don’t be shy: order a slice of the city’s signature Boston Cream Pie.