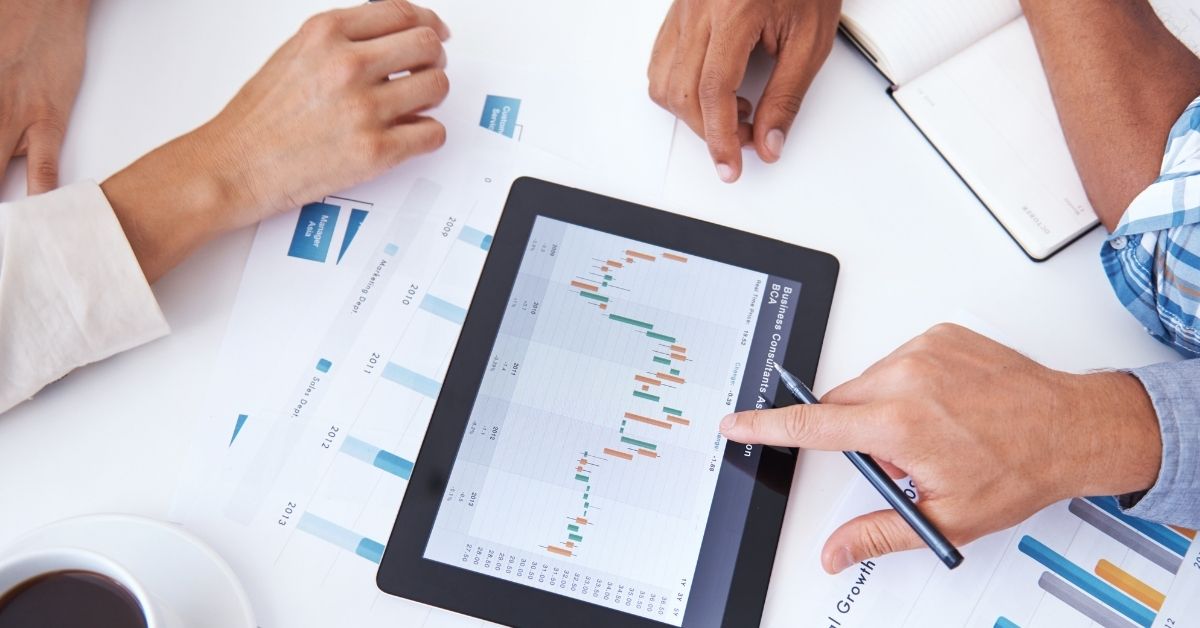 The housing market appears to be operating without brakes as home prices continue to climb–the national median listing price saw another double-digit increase in April, climbing to $341,600. in Even with April’s 19.1% jump from a year ago mortgage rates continue to tick up, and buyers are not backing down.

As more signs indicate the housing market is on a fast-paced upward trajectory, many are wondering: Are we entering a housing bubble? And will the market crash or at least, deflate at any point in the near future?

Forbes Advisor asked nearly a dozen housing experts what their forecast is for the housing market in the next five years. While most experts expect homebuyer demand to continue there are some warning signs that home prices could falter amid rising inflation and geopolitical uncertainty.

Are We Headed Into a Housing Bubble?

The Federal Reserve Bank of Dallas identified signs of a “brewing U.S. housing bubble”  in a blog post March 29. Though the sharp increase in home prices in itself does not indicate a bubble, the report said, there are other fundamental factors to consider, including “shifts in disposable income, the cost of credit and access to it, supply disruptions, and rising labor and raw construction materials costs are among the economic reasons for sustained real house-price gains.”

What causes the housing market to be “unhinged” from those fundamentals, is when  “there is widespread belief that today’s robust price increases will continue,” the Dallas Fed report said. “If many buyers share this belief, purchases arising from a ‘fear of missing out’ can drive up prices and heighten expectations of strong house-price gains.”

Even though the report called the current housing market “abnormal,” the authors concluded that “there is no expectation that fallout from a housing correction would be comparable to the 2007–09” crisis in terms of its magnitude.

“Household balance sheets appear in better shape, and excessive borrowing doesn’t appear to be fueling the housing market boom,” said the report, adding that market participants and regulators are better equipped with tools and early warning detectors to thwart such a crisis.

Why the Housing Market Will Likely Stay Hot

If you were hoping for a major downturn to snag a cheaper home, think again. Most housing experts are predicting the market to remain strong for a while for several reasons.

1. Millennial Demand for Housing is Up, With Gen Z Right Behind

The number of potential homebuyers is plentiful, with Americans who are either Millennial-aged or younger making up half of the U.S. population, or 166 million as of July 2019. This is significant because first-time homebuyers represent the largest share (31%) of people purchasing homes, according to data from the National Association of Realtors (NAR). And most first-time buyers are younger than 40, which means the buyer pool is deep–a good indication that demand will remain strong, especially since housing inventory is at historical lows.

“We won’t see a downturn because the housing market saw little increase in inventory for the past ten years. In a few years, Gen Z will be turning 30, and more financially ready to become homeowners than Millenials were at their age,” says Polina Ryshakov, senior director of research and lead economist at Sundae, a real estate marketplace for distressed properties.  “This means that the demand for homes will be as high, if not higher, while inventory will still be behind in the demand.”

2. Supply Can’t Keep Up With Demand

The severely low supply is also helping fuel demand, and higher home prices, which is another reason why housing experts say the market will remain strong for years to come.

“The supply-demand imbalance is the primary reason home prices have escalated so rapidly,” says Rick Sharga, executive vice president at RealtyTrac. “And after not building nearly enough houses for the last decade, homebuilders will take several years at least to add enough new supply to balance the market.”

In a balanced market, the months of supply would be around six months– the time it would take to deplete all homes for sale at the current sales pace. But today’s market has only 1.7 months of supply, showing a drastic imbalance in favor of sellers.

It is a helpful sign that new home construction climbed at an annual rate of 6.8% in February, the fastest growth since 2006. But the nearly 1.8 million new homes starts are unlikely to put a dent in home prices.

“It will take time to reduce the housing stock debt we have accumulated,” says Odeta Kushi, deputy chief economist at First American Financial Corp. “The imbalance will continue to put upward pressure on house prices, even if they moderate from the peak pace of growth in 2021.”

3. Borrowers Are Less Likely To Default On Their Mortgages

Among the differences between today’s housing market and that of the 2008 housing crash is that lending standards are tighter due to lessons learned and new regulations enacted after the last crisis. Essentially, that means those approved for a mortgage nowadays are less likely to default than those who were approved in the pre-crisis lending period.

It’s rare today to come across a lender offering so-called “no-doc loans” where the applicant did not have to provide documentation of income—a common practice before the housing crash. Also, many loans backed by the government have a certain set of standards, like minimum credit score and down payment requirements. And regulators now expect lenders to verify a borrower’s ability to repay the loan, among other standards.

There was more than $1 trillion in new mortgage originations in the fourth quarter of 2021 with 67% of those mortgages going to borrowers with credit scores exceeding 760. This score is considered “very good,” according to FICO.

“Lending standards have gotten tighter and credit scores for new mortgages are much higher on average now than they were in the early 2000s,” says Nicole Bachaud, an economist at Zillow. “What’s much more likely is a gradual slowdown in the pace of price appreciation where home prices continue growing, just not as fast as they are now.”

4. Warning Signs That Could Dampen the Housing Market

Murmurs of a recession have breached the surface of what’s otherwise been described by many observers as a “strengthening economy.” Inflation started rising last year, setting off alarm bells as consumer prices began to climb.

In response to the inflation hike, the Federal Reserve raised its federal funds rate in May—the biggest Fed rate hike in 22 years—a sign there could be a slowdown. While the federal funds rate does not directly impact long-term mortgage rates, it does have an effect on short-term rates like credit cards and adjustable-rate mortgages (ARMs). Higher interest rates could trigger a slowdown in consumer spending.

Goldman Sachs projects U.S. GDP for the end of 2022 to expand by a mere 1.75%. Additionally, economists at Goldman Sachs Group estimate up to a 35% chance that the economy will go into recession, which would impact the housing market.

Energy prices, which were already on the rise, are facing more upward pressure as the U.S. and Eurozone has banned Russian oil after its invasion of Ukraine. Higher energy prices will continue to fan the flames of inflation, which along with higher interest rates, could cause people to pull back on spending. This means consumers could lose some appetite for homebuying as well.

Consumer confidence dropped to a 10-year low in March, according to the University of Michigan’s latest Consumer Sentiment Index. The index fell 30% to 59.4 in March compared to last year. The survey showed that respondents were anxious about how Russia’s invasion of Ukraine could impact the U.S. economy, as well as high inflation and oil price jumps.

The ripple effect of the U.S. oil embargo on Russia can lead to even more problems with supply-chain issues, which will contribute to already heightened inflation. As the cost of goods increases, consumers tend to be less comfortable making big purchases like buying a home.

“Geopolitical conflicts seem to be the wild card and the one that could have further impacts on inflation,” which “is likely to persist longer than initially expected,” says Selma Hepp, deputy chief economist at CoreLogic. “As a result, the Federal Reserve is expected to start removing its accommodating policies, including rising interest rates. An aggressive increase in rates could bring about more softening, particularly in the housing markets if mortgage rates spike.”

What Homebuyers Should Do

Homebuyers are faced with tough choices in today’s market. Predictions indicate that home prices will continue to rise and new home construction will continue to lag behind, putting buyers in tight housing situations for the foreseeable future.

For some buyers, that means moving away from big cities into more affordable metros. For others, it means stretching their budget or compromising on size or other amenities. And then there are buyers willing to roll the dice and forgo important contingencies like the home inspection in order to sweeten their offer. This could end up costing them more in the long run if the house ends up having major problems not detected and fixed by the seller upon inspection.

On the other hand, snagging a house now, even if it means sacrificing other purchases, could mean saving money down the road if home prices and equity continue to rise. There’s a chance they could also save by getting a house and locking in a rate before both rates and home prices increase.

Then again, the opposite can be true when there’s the risk that limited supply coupled with rising inflation could get so extreme that it hurts the housing market and prices fall, particularly if the economy goes into a recession.

“If we fail to address shortages in housing supply, we run the risk of fueling the fires of inflation rather than extinguishing them. The result could be ‘stagflation,’ a word most of us haven’t used in a generation–-high inflation and economic recession,” says David Dworkin, president and chief executive officer of the National Housing Conference. “This would devastate the housing economy and only exacerbate our current housing supply challenges.”

If home prices drop suddenly, buyers could be stuck with underwater mortgages, which means they have to stay in the house until the market rebounds, or they sell and lose money. While housing experts predict this scenario is unlikely, still, it should not be ignored.

This comes into play when buyers are faced with bidding wars or even paying over the appraised value of a home. While there are instances where this tactic should be applied, it must be carefully thought out on whether the home, neighborhood and time you plan to spend in that house are worth it in the long run.

Another important consideration in this market is how long you plan on staying in the home. People who are buying their “forever home” have less to fear if the market reverses as they can ride the wave of ups and downs. Buyers who plan on moving in a few years are in a riskier position if the market plummets. That’s why it’s so important to shop at the outset for a realtor and lender who are experienced housing experts in your market of interest and who you trust to give sound advice.